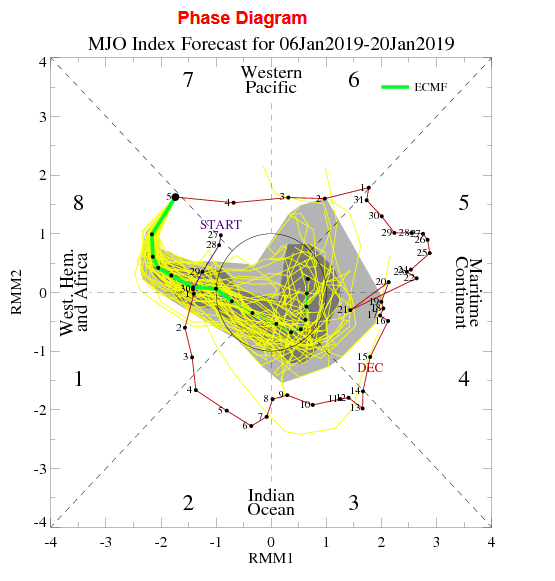 https://www.netweather.tv/forum/topic/9 ... nt=3954745
No two SSWs are alike - I do not know how many times that has to be said.
In my last two posts I tried to show what to look out for with comparisons to the current set up and charts with the 2018 and 2013 SSWs (part 3 on 2009 with likenesses and differences to 2019 to follow by next weekend).
What those archived charts showed was just how quickly the HLB patterns developed and the whole northern hemisphere set up changed and evolved.

We know that 2018 and 2013 delivered big time and they were split SSW events (2013 displaced and then split) and so did 2008//09 and 2009/10 both also split. The last displaced SSW was in 2007/08 and I believe that can be considered a failure but for that and earlier events, we need to check the archives - and I haven't got time for that but anyone can go by the table above and check the archive charts for the whole SSW period. Here's the link again: http://www.meteociel.fr/modeles/archive ... ;type=ncep I set it to Jan 20th 2008 to get you started.
We can take comfort in the fact that most (perhaps almost all) split SSWs have produced decent periods of HLB which have delivered cold to the UK.

The teleconnections have NOT let us down at all and contrary to what the usual suspects might be saying through their impatience.
In fact they are almost spot on in terms of what we expected from them - there's a slight problem over precise timing but that's always the case with SSWs and such dramatic pattern changes (which the models cannot handle).

The next three comments were confirmed to me by @Tamaraby PM and I hope she doesn't mind my referring to them as she will continue to avoid this thread with all the confrontation and I fully sympathise with her (our loss).
The tropical/extra tropical cycle and forcing has been sufficient to amplify the tropospheric pattern and it's just that the polar field has not "yet" been conducive for HLB and stratospheric dimuition.
She thinks that in January 2013 the tropopause was more receptive at this stage than it has been so far this time.
She feels that "its still barely into the second week of January and there is far too much overreaction in general".
Back to my own comments: That means in both directions - no cold patterns showing or a Siberian wasteland - we're somewhere in the middle right now.
We've a substantial split event ongoing and the best news is that this SSW seems likely to be very protracted, perhaps approaching the 2013 record length and some records are already being achieved up there.
We should have at least two or three bites at the cherry.
The lagged impacts of the MJO through phases 6, 7 and now into 8 may show up within the next 7 to 10 days - favouring HLB.
I see that for once the GEFS (bias corrected version) and the ECM are both in broad agreement for a change (long may that last but do not hold your breath) and week 2 MJO forecasts and notoriously unreliable..
Although they dive into the COD soon, they both look set to re-emerge in phase 6 and maybe for a quick "rinse and repeat" through phases 6, 7, 8 and 1 again in early Feb.(perhaps later). Something to keep an eye on for sure. -> zie plaatje van Karel
The lagged effects of the GWO in phases 5 and 6, albeit at slightly weaker AAM than we had expected is still strong enough to have +ve impacts for the next two weeks. This cycle is likely to repeat in or by early Feb too. GWO minder sterk dan eerder gedacht, zie opmerking Paul hierover. Maar sterk genoeg, begin februari een herhaling
The temporary weakening in the El Nino seems to be over and it looks sets to strengthen again - a better tropical state with a weak Nino - gentle forcing but not too strong like the 2015 super Nino..

Meanwhile, the SPV destruction continues and may take many days, weeks or perhaps not at all to reform into a more organised fashion.
Overall - an exceptional and truly fascinating period for all the atmospheric processes with an extremely high chance of cold patterns setting up later this month and perhaps for much of February too..
We are about to see a transition to a less settled phase but this is probably a sign that there are changes to feed through from the Arctic and towards the mid latitudes - merely timing issues IMHO.
Looking at the models, I see that a good number of ensemble members show charts which develop HLB blocking patterns - some as early as day 7/8 and building on the Arctic outbreak, others do this later on in the run.
If you study those charts from 2018 and 2013 and indeed some other pre/during/post split SSW events, you'll see that the initial impacts can almost always be seen close to the pole. -> als je de kaarten van de 2013 en 2018 analyseert en andere SWs dan zie je dat de eerste impact bijna altijd bij de Pool is.

Several GEFS ens show a "yellow" HP - a strong sign of a full reversal reaching the surface. Some show heights building towards a proper Greenland HP and some towards Scandinavia.
Do not worry about the TPV still looking immovable on our side of the Arctic. What should happen is as (when - not if IMHO) the wind reversals reach the surface is that those low heights are displaced southwards - almost bulldozed out of the way. Quite often a lobe drops into Scandi and it "looks" like we'll see a true northerly but that would likely be short-lived and transitory but not the normal "toppler type" either. What happens is that HP builds around the top of the LP and pushes that south into central and southern Europe. Then that opens the pathway for Siberian and Russian heights to push westwards (which occurred in dramatic fashion to create the "Beast" last Feb/Mar.). Although easterlies have been a rarity in the last 30 years they were much more common back in the '60s to '80s and even mild winters saw several outbreaks. Those associated with SSWs are usually very potent. Then the HP can build towards Iceland and Greenland letting in a true Arctic air stream with north to north east winds - many of our coldest winters see an easterly/northerly combo.
Omhoog The charts have different intialisation points, because of model bias. The WDT/GSDM Solutions charts are based on R1/RNL observational data, run from NOAA. The GEFS data has bias that isn't even corrected by this version, and is being tweaked with constantly I believe. The bias was positive a few months back, and now it is rather negative. I believe this is a process of trial and error. Similar with the CFS data, but it is closer to the RNL data (less biased). These initialisations are based on a model's interpretation of the atmosphere (more to it than clicking in observational data). The RNL data is I would suggest closer to realtime obs data in nature, so probably the best one to base your Forecast off.
https://www.33andrain.com/topic/868-tel ... n/?page=29