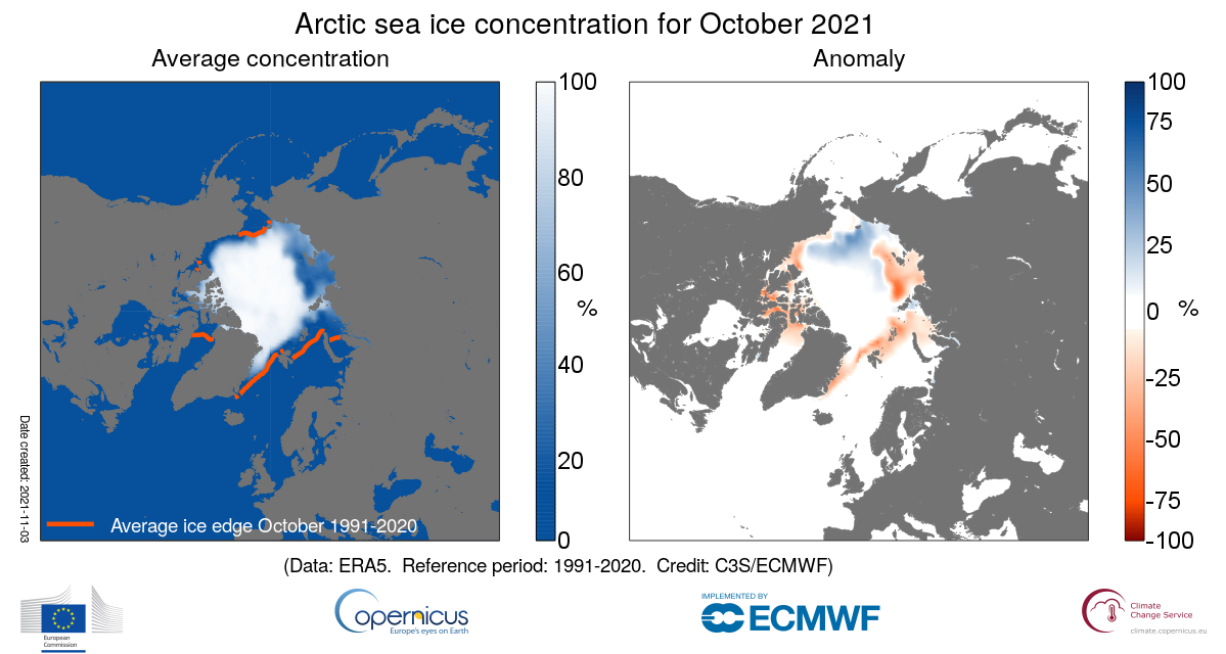 In recent years, the Northern Hemisphere midlatitudes have suffered from severe winters like the extreme 2012/13 winter in the eastern United States. These cold spells were linked to a meandering upper-tropospheric jet stream pattern and a negative Arctic Oscillation index (AO). However, the nature of the drivers behind these circulation patterns remains controversial. Various studies have proposed different mechanisms related to changes in the Arctic, most of them related to a reduction in sea ice concentrations or increasing Eurasian snow cover.

Here, a novel type of time series analysis, called causal effect networks (CEN), based on graphical models is introduced to assess causal relationships and their time delays between different processes. The effect of different Arctic actors on winter circulation on weekly to monthly time scales is studied, and robust network patterns are found. Barents and Kara sea ice concentrations are detected to be important external drivers of the midlatitude circulation, influencing winter AO via tropospheric mechanisms and through processes involving the stratosphere. Eurasia snow cover is also detected to have a causal effect on sea level pressure in Asia, but its exact role on AO remains unclear. The CEN approach presented in this study overcomes some difficulties in interpreting correlation analyses, complements model experiments for testing hypotheses involving teleconnections, and can be used to assess their validity. The findings confirm that sea ice concentrations in autumn in the Barents and Kara Seas are an important driver of winter circulation in the midlatitudes.

the network is embedded in a schematic projection of the earth and the atmosphere. The regional actors BK-SIC, Ural-SLP, Sib-SLP, and EA-snow are presented according to their approximate geographical location, and the hemispheric actors AO, υ flux, and PoV are presented according to their approximate latitude and pressure levels.

Exact coordinates of all actors.