The North Atlantic Oscillation (NAO) and eddy-driven jet contain a forced component arising from sea surface temperature (SST) variations. Due to large amounts of internal variability, it is not trivial to determine where and to what extent SSTs force the NAO and jet. A linear statistical–dynamic method is employed with a large climate ensemble to compute the sensitivities of the winter and summer NAO and jet speed and latitude to the SSTs. Key regions of sensitivity are identified in the Indian and Pacific basins, and the North Atlantic tripole. Using the sensitivity maps and a long observational SST dataset, skillful reconstructions of the NAO and jet time series are made. The ability to skillfully forecast both the winter and summer NAO using only SST anomalies is also demonstrated. The linear approach used here allows precise attribution of model forecast signals to SSTs in particular regions. Skill comes from the Atlantic and Pacific basins on short lead times, while the Indian Ocean SSTs may contribute to the longer-term NAO trend. However, despite the region of high sensitivity in the Indian Ocean, SSTs here do not provide significant skill on interannual time scales, which highlights the limitations of the imposed SST approach. Given the impact of the NAO and jet on Northern Hemisphere weather and climate, these results provide useful information that could be used for improved attribution and forecasting.
Omhoog

The Madden–Julian Oscillation (MJO) is the most dominant mode of subseasonal variability in the tropics, characterized by an eastward-moving band of rain clouds. The MJO modulates the El Niño Southern Oscillation1, tropical cyclones and the monsoons, and contributes to severe weather events over Asia, Australia, Africa, Europe and the Americas. MJO events travel a distance of 12,000–20,000 km across the tropical oceans, covering a region that has been warming during the twentieth and early twenty-first centuries in response to increased anthropogenic emissions of greenhouse gases, and is projected to warm further. However, the impact of this warming on the MJO life cycle is largely unknown. Here we show that rapid warming over the tropical oceans during 1981–2018 has warped the MJO life cycle, with its residence time decreasing over the Indian Ocean by 3–4 days, and increasing over the Indo-Pacific Maritime Continent by 5–6 days. We find that these changes in the MJO life cycle are associated with a twofold expansion of the Indo-Pacific warm pool, the largest expanse of the warmest ocean temperatures on Earth. The warm pool has been expanding on average by 2.3 × 105 km2 (the size of Washington State) per year during 1900–2018 and at an accelerated average rate of 4 × 105 km2 (the size of California) per year during 1981–2018. The changes in the Indo-Pacific warm pool and the MJO are related to increased rainfall over southeast Asia, northern Australia, Southwest Africa and the Amazon, and drying over the west coast of the United States and Ecuador.

The recent borderline El Niño events of 2014/2015 and 2018/2019 provided operational centers with unique challenges because of the apparent absence of typical coupling between the tropical atmosphere and ocean before onset. The mismatch between atmosphere and ocean raises questions about its causes and predictability. Here we analyze observational data since 1979 to show that a sea surface temperature pattern characterized by an anomalous gradient in the western and central equatorial Pacific played a critical role in inhibiting the expected onset of central tropical Pacific deep convection during these events. This sea surface temperature pattern, which produces an atmospheric response that opposes the response to elevated eastern Pacific sea surface temperatures, has become more prevalent over the past 40 years.
Omhoog 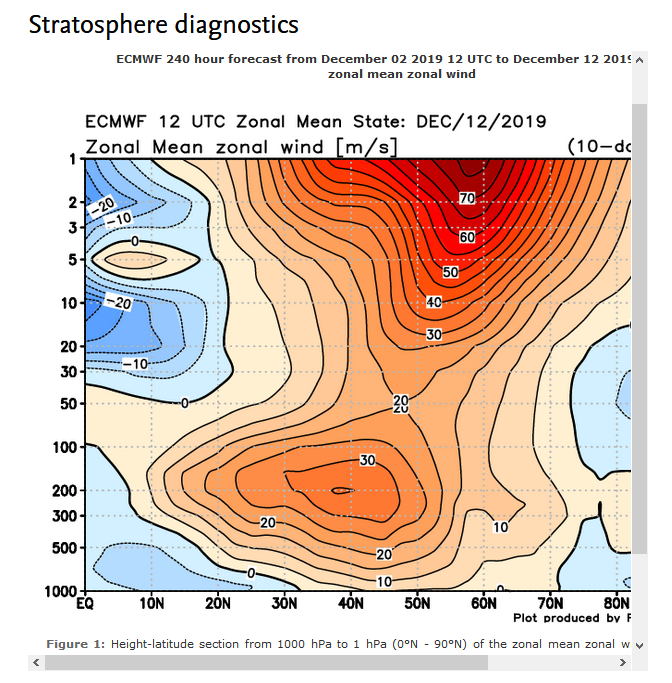 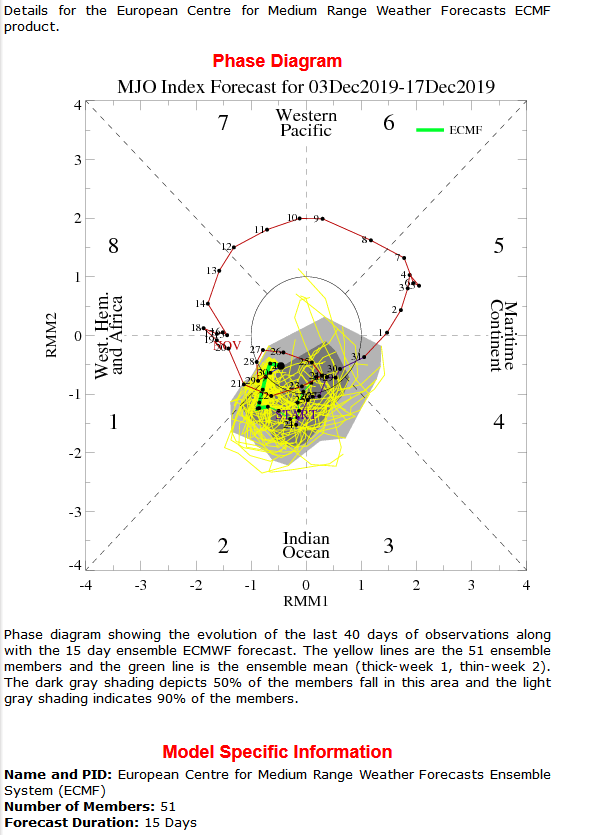 That tropical wind profile suggests a return to low frequency Indian Ocean Dipole forcing. Expect troughing centred over the UK and near continent to be the key feature, in tandem with a -AO regime with moderate +ve height tendencies to the north - but not enough to properly displace Arctic airmasses.
Omhoog
Plaats reactie
89 berichten