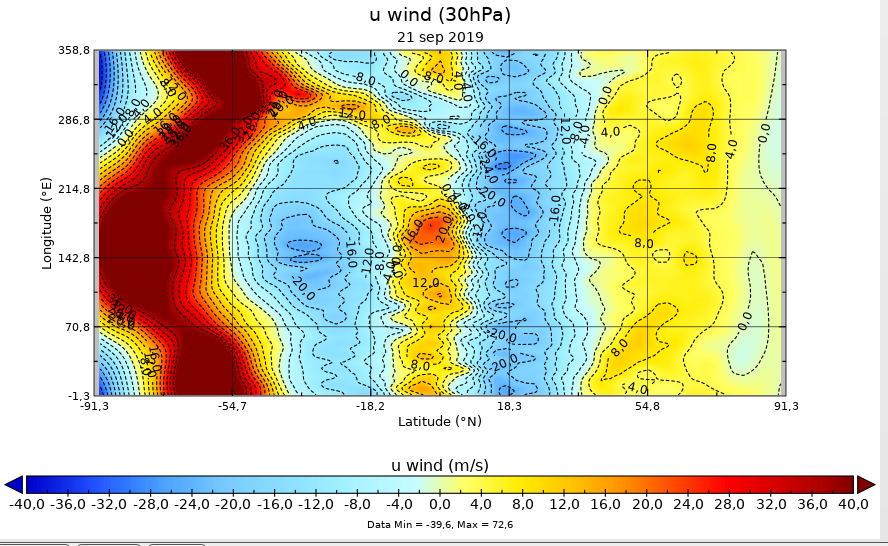 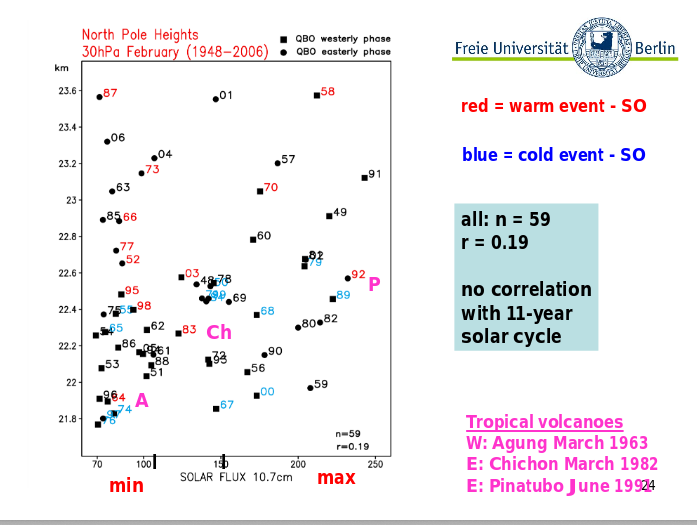 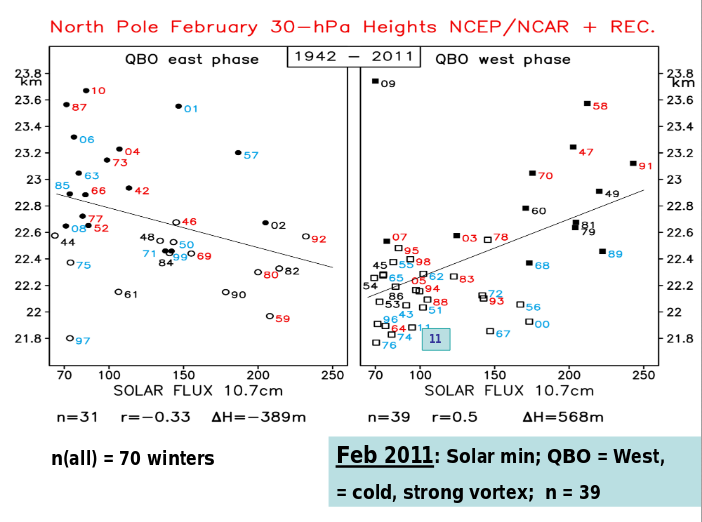 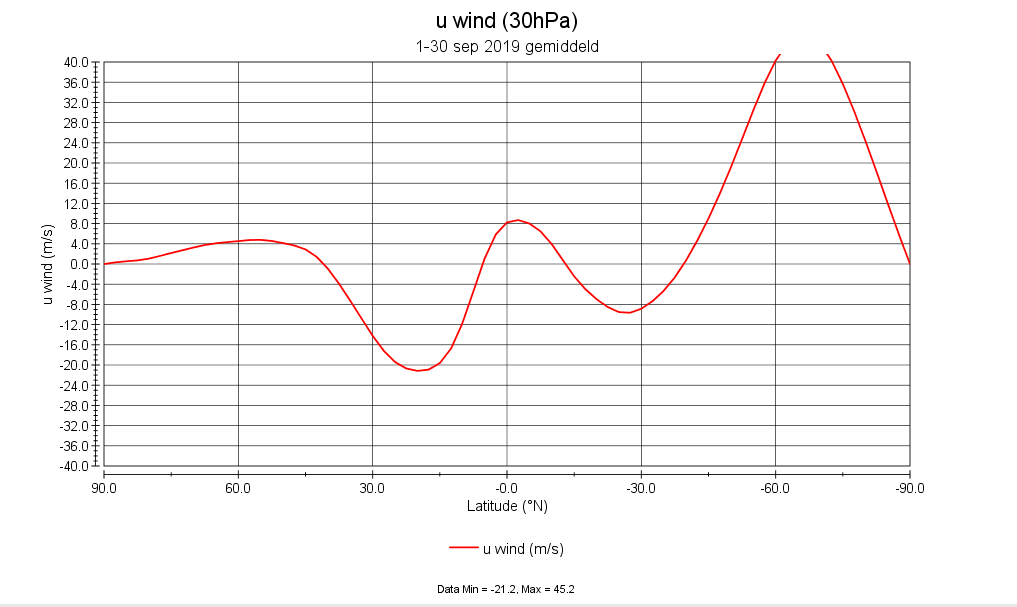 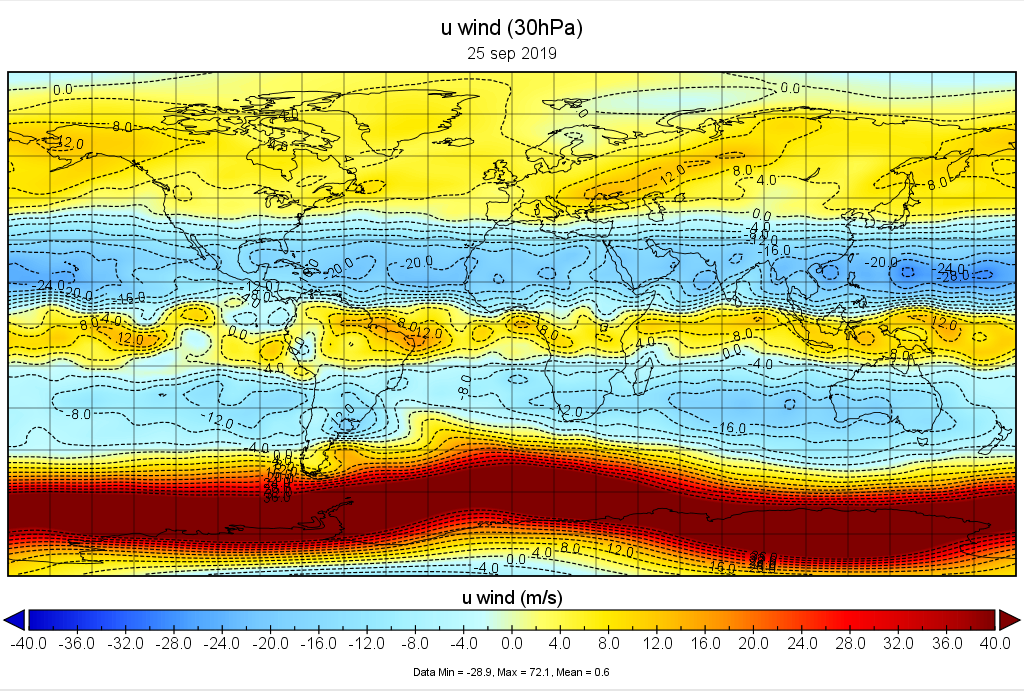 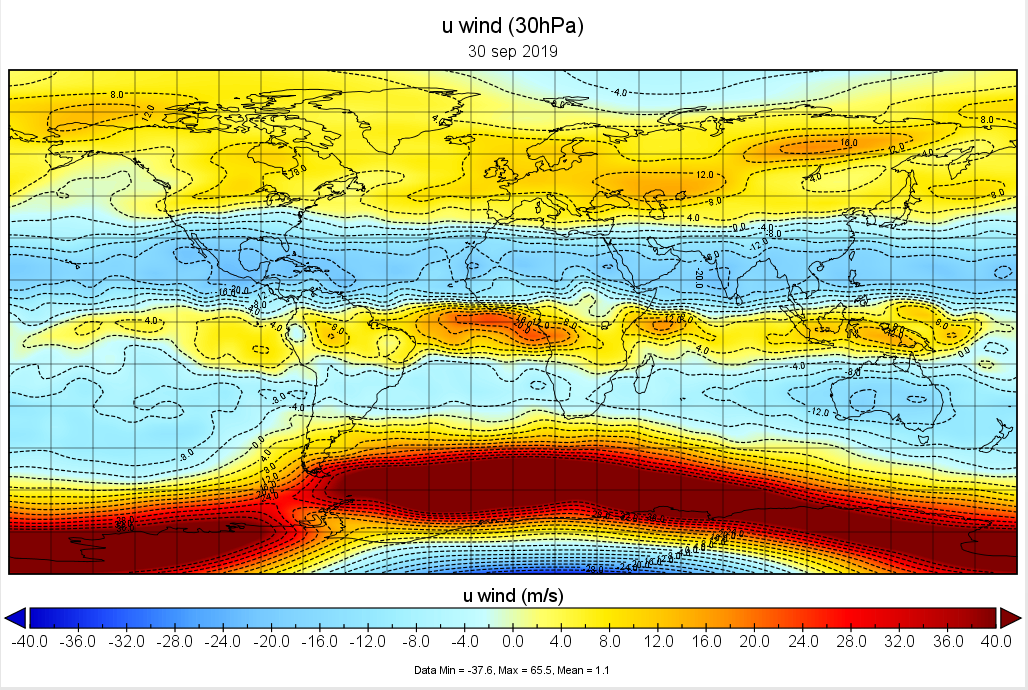 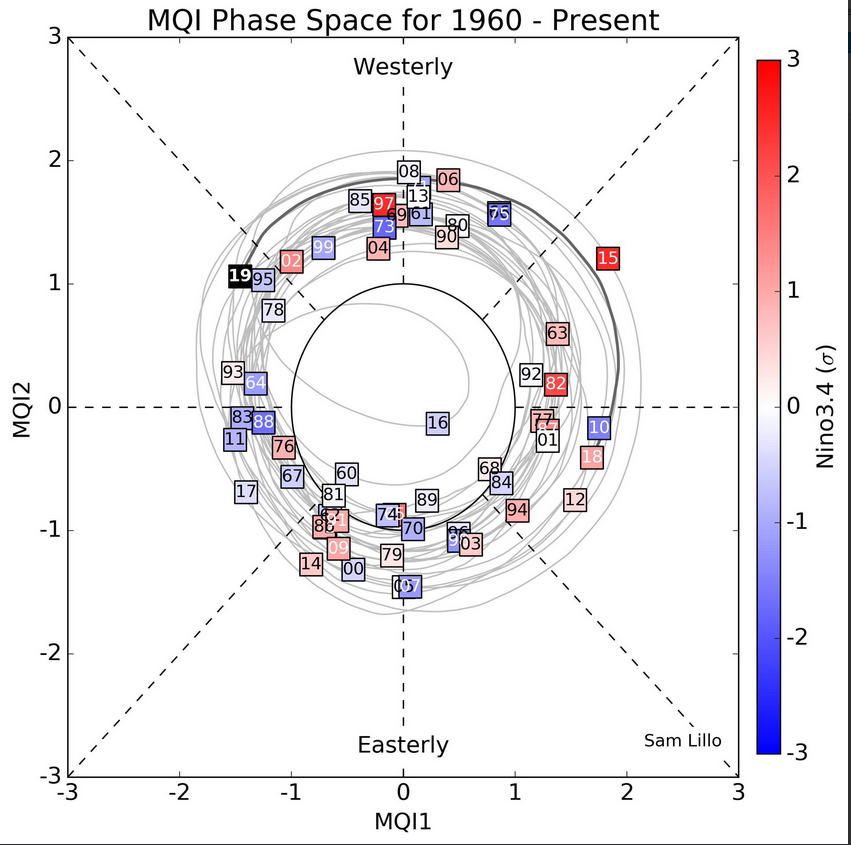 Twee studies:
http://journals.ametsoc.org/doi/full/10 ... -19-0038.1
Abstract
The North Atlantic Oscillation (NAO) and eddy-driven jet contain a forced component arising from sea surface temperature (SST) variations. Due to large amounts of internal variability, it is not trivial to determine where and to what extent SSTs force the NAO and jet. A linear statistical–dynamic method is employed with a large climate ensemble to compute the sensitivities of the winter and summer NAO and jet speed and latitude to the SSTs. Key regions of sensitivity are identified in the Indian and Pacific basins, and the North Atlantic tripole. Using the sensitivity maps and a long observational SST dataset, skillful reconstructions of the NAO and jet time series are made. The ability to skillfully forecast both the winter and summer NAO using only SST anomalies is also demonstrated. The linear approach used here allows precise attribution of model forecast signals to SSTs in particular regions. Skill comes from the Atlantic and Pacific basins on short lead times, while the Indian Ocean SSTs may contribute to the longer-term NAO trend. However, despite the region of high sensitivity in the Indian Ocean, SSTs here do not provide significant skill on interannual time scales, which highlights the limitations of the imposed SST approach. Given the impact of the NAO and jet on Northern Hemisphere weather and climate, these results provide useful information that could be used for improved attribution and forecasting.

https://journals.ametsoc.org/doi/abs/10 ... IQ.twitter
Abstract
The winter extratropical teleconnection of El Niño-Southern Oscillation (ENSO) in the North Atlantic-European (NAE) sector remains controversial, concerning both the amplitude of its impacts and the underlying dynamics. However, a well-established response is a late-winter (January-March) signal in sea-level pressure (SLP) consisting of a dipolar pattern that resembles the North Atlantic Oscillation (NAO). Clarifying the relationship between this “NAOlike” ENSO signal and the actual NAO is the focus of this study. The ENSO-NAE teleconnection and NAO signature are diagnosed by means of linear regression onto the sea-surface temperature (SST) Niño3.4 index and an EOF-based NAO index, respectively, using long-term reanalysis data (NOAA-20CR, ERA-20CR). While the similarity in SLP is evident, the analysis of anomalous upper-tropospheric geopotential height, zonal wind, transient-eddy momentum flux, as well as precipitation and meridional eddy heat flux, suggests that there is no dynamical link between the phenomena. The observational results are further confirmed by analyzing two 10-member ensembles of atmosphere-only simulations (using an intermediate-complexity and a state-of-the-art model) with prescribed SSTs over the 20th century. The SSTforced variability in the Northern Hemisphere is dominated by the extratropical ENSO teleconnection, which provides modest but significant SLP skill in the NAE midlatitudes. The regional internally-generated variability, estimated from residuals around the ensemblemean, corresponds to the NAO pattern. It is concluded that distinct dynamics are at play in the ENSO-NAE teleconnection and NAO variability, and caution is advised when interpreting the former in terms of the latter
Omhoog
Plaats reactie
89 berichten