Summer has barely begun, but temperature records are already being broken. Data released today show that the European-average temperature for June 2019 was higher than for any other June on record. Average temperatures were more than 2°C above normal and it has become the hottest June ever recorded.

Although not as persistent as that of summer 2018, this short heat wave, caused by a mass of hot air coming from the Sahara Desert, was intense. The five days of unusually high temperatures followed days with record-breaking temperatures further east in Europe. This led to the month as a whole being around 1°C above the previous record for June, set in 1999, and about 1°C higher than expected from the trend in recent decades.

Data provided by the Copernicus Climate Change Service (C3S), implemented by the European Centre for Medium-Range Weather Forecasts on behalf of the European Union, show that the global-average temperature for June 2019 was also the highest on record for the month. It was about 0.1°C higher than that of the previous warmest June, in 2016, following a strong El Niño event.

The map of temperature anomalies shown above, based on the latest C3S data, highlights just how unseasonably warm the end of the month was. Compared to the average for the same five days during 1981-2010 (the standard 30-year climatological reference period), temperatures of 6-10°C above normal occurred over most of France and Germany, northern Spain, northern Italy, Switzerland, Austria, and the Czech Republic. 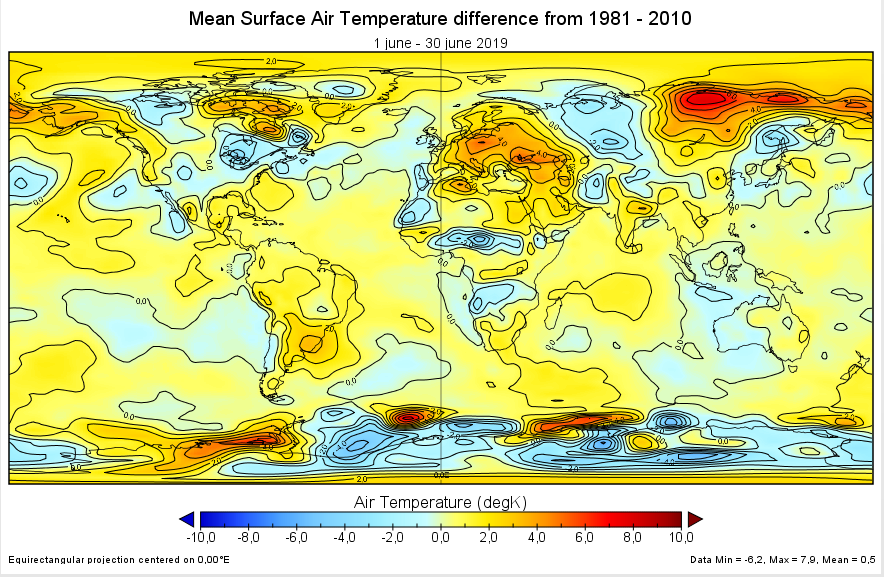 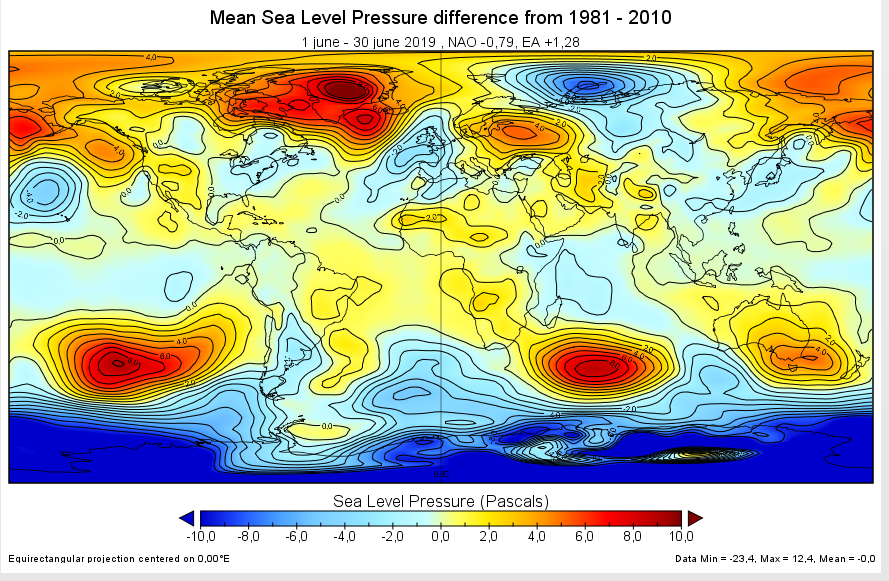 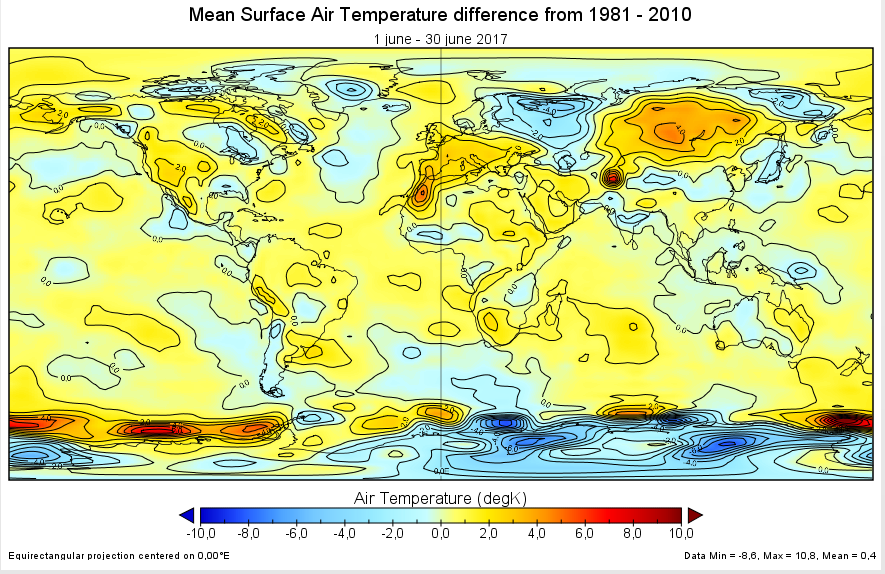 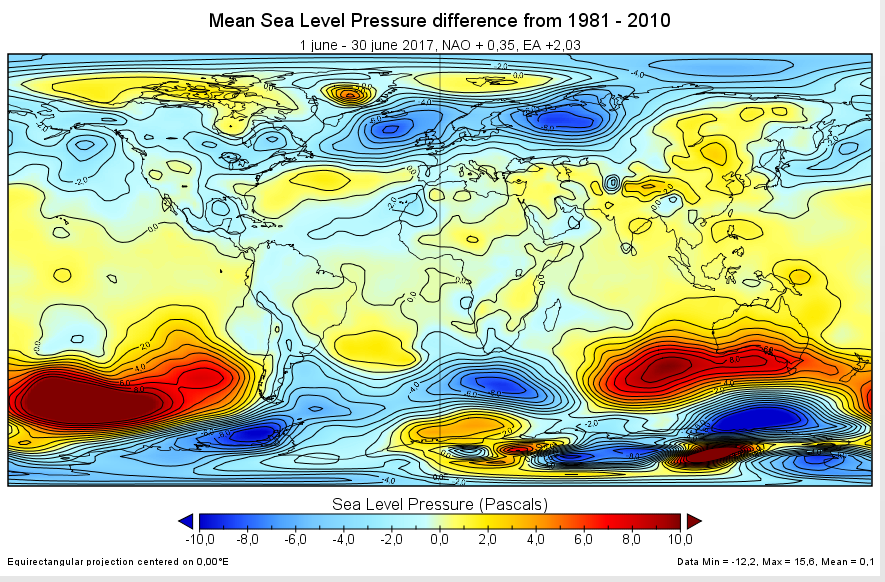 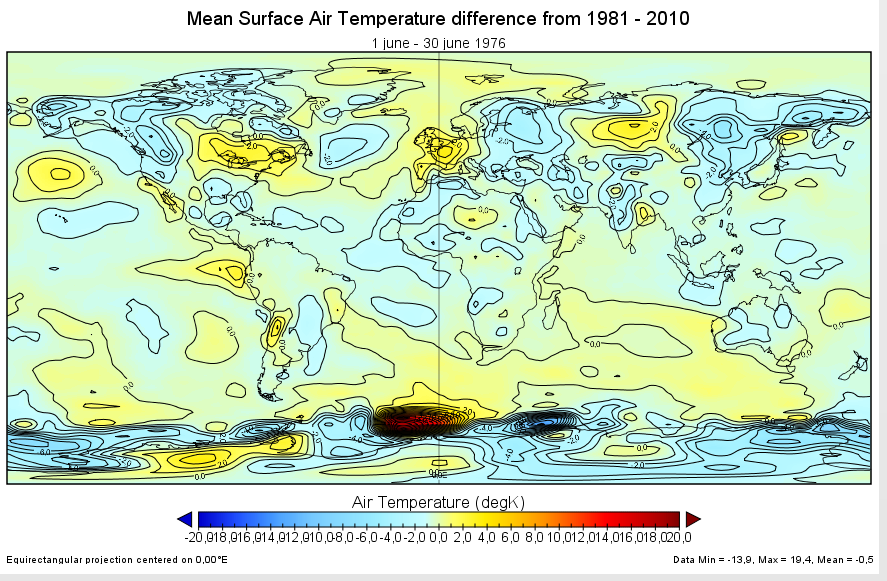 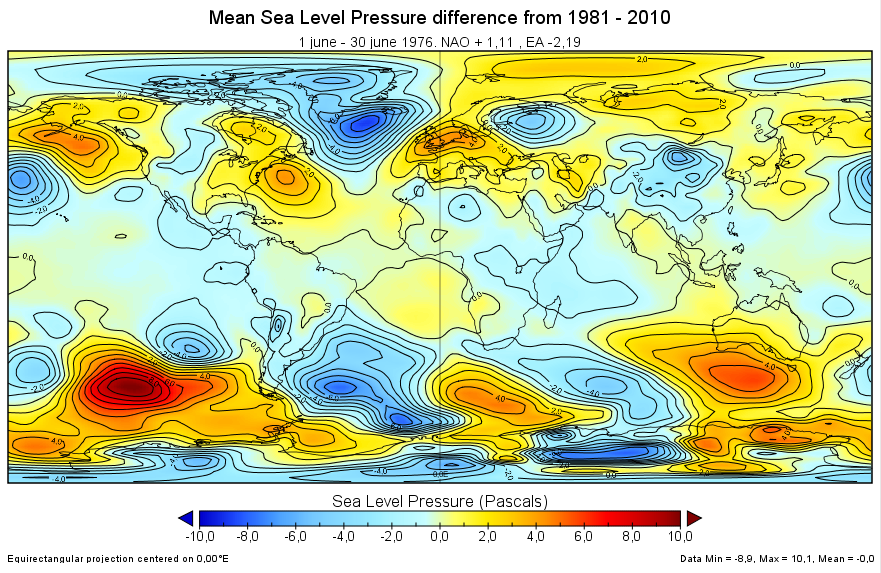 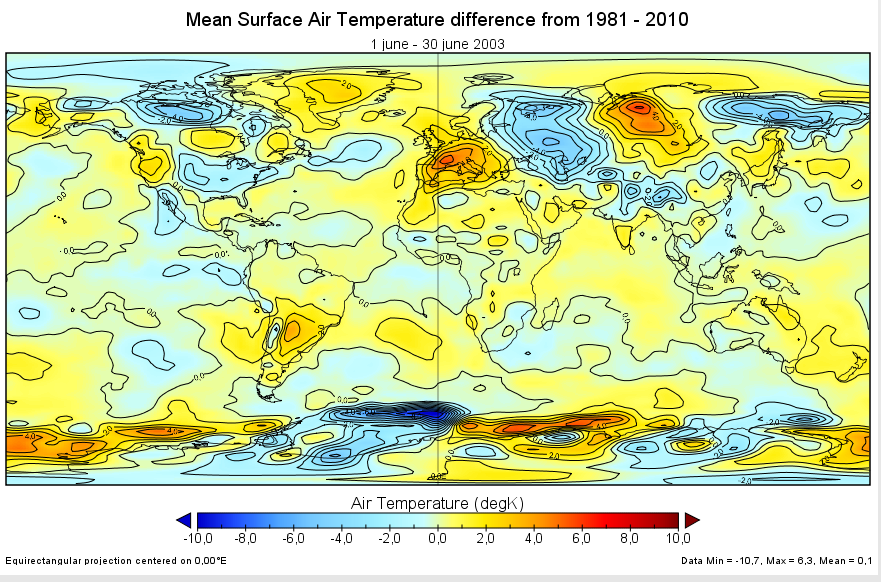 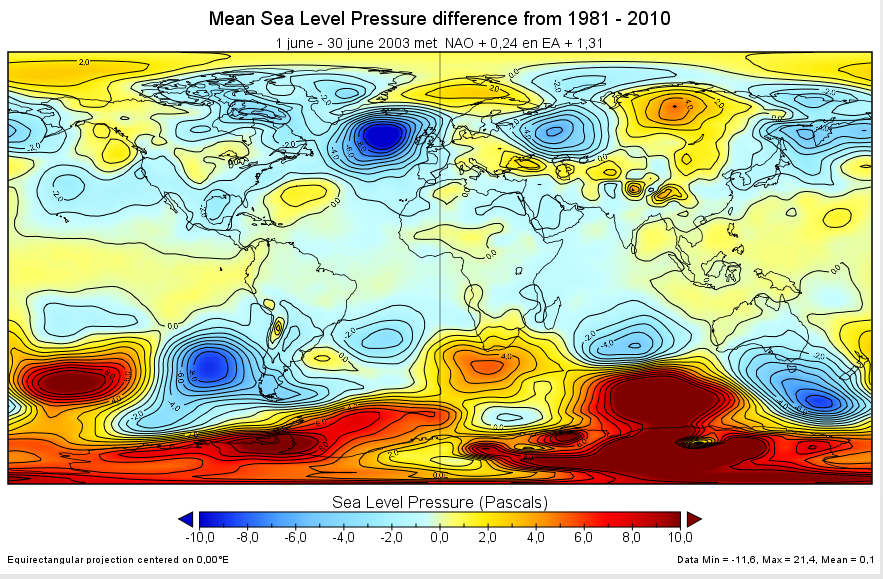