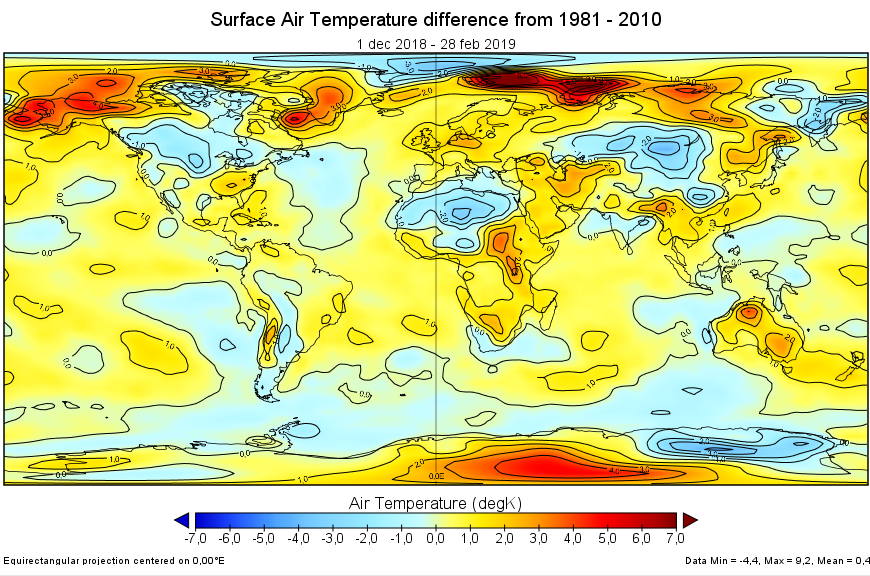 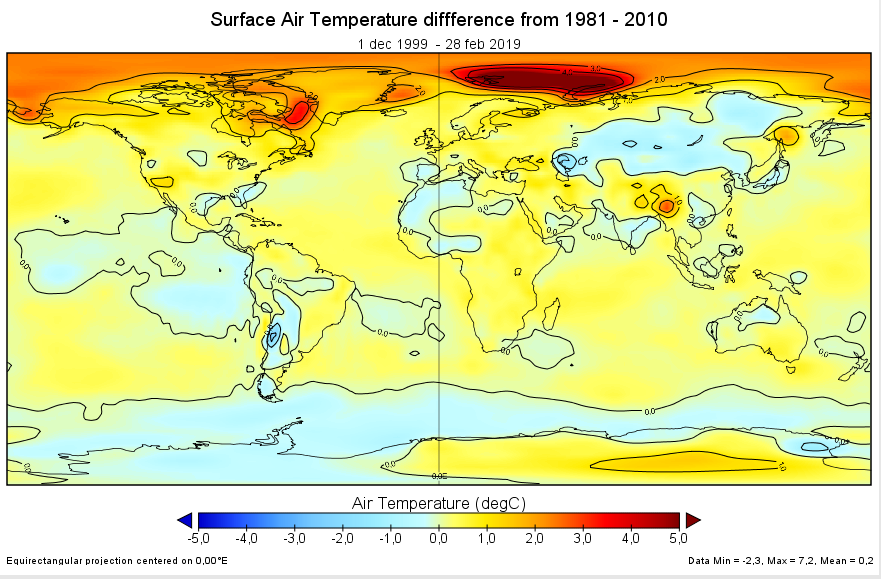 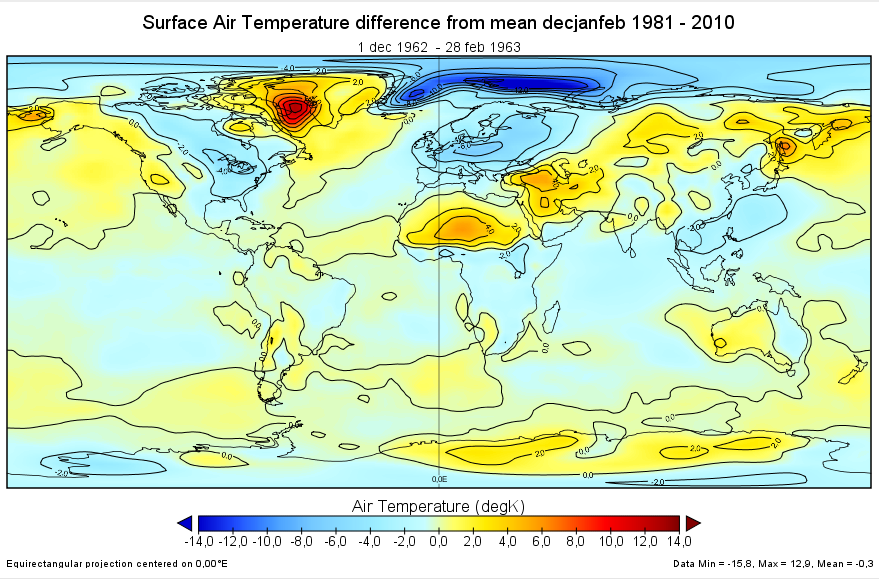 Winter 2018/19 was characterized by warmth in Alaska, the Southeastern United States (US), Europe, the Middle East and East Asia but cold in much of Canada, the Northern and Western US, North Africa and Central Asia while Siberia was mixed.
El Niño was anticipated for the upcoming winter. There was some uncertainty whether it would be a Central or Eastern Pacific based El Niño. The thinking was a Central based El Niño would favor an overall colder winter in the Eastern US. However, sea surface temperatures (SSTs) in the equatorial Pacific did not support El Niño until late in the winter and I don’t believe that El Niño was much of a factor on the Northern Hemisphere winter weather.
October Siberian snow cover was slow to advance most of the month but had a rapid spurt to end the month. October Siberian snow cover extent (SCE) was above normal but less than recent years. Still I believe that it was influential in modulating the behavior of the stratospheric polar vortex (PV) in early- to mid-winter.
Low sea ice in the Barents-Kara seas helped anchor high pressure in the region, especially Northern Europe, for much of November and December. Prolonged Scandinavian blocking resulted in a stratospheric polar vortex split in early January with the minor daughter vortex over Europe and the major daughter vortex over North America.
The PV disruption was the dominant weather event of the North American winter resulting in a relatively cold mid-latitude winter and mild Arctic across the North American continent.
In contrast the impact from the PV disruption was more limited across Eurasia. The greatest negative departures for the whole Northern Hemisphere (NH) were observed in Central Asia with more regional cold temperatures in parts of the Mediterranean and Eastern Siberia. However much of Asia and especially Europe experienced a relatively mild winter.
This winter retrospective is consistent with my scientific publications related to the importance of Arctic influence, troposphere-stratosphere-troposphere coupling and the polar vortex on mid-latitude winter weather. This retrospective while based on the scientific literature is my opinion only.
Omhoog